Changing the Biometry of Education

AS the teachers are still whining and feeling the pinch of biometric attendance and the simmer of discomfiture and resentment has yet not subsided, the state government has decided to hammer another nail to screw tight and face lift the dwindling education system by formation of Inspection Cadre Cell and that too with an army of 94 people. Perhaps, slowly and slowly it is percolating down to the understanding of the government and the officers at higher echelons that the major reason for the horrible results and debacle of SSA and RMSA have been the absence of effective monitoring. Issuing notifications and scribbling down rules on papers have so far been the modus operandi of those at the helm of these projects, But it needs to be recognised that paper-boats can only entertain and give joy to a child for some time, but one cannot have a voyage in it. This time, it seems, that the big bosses are serious to facelift the dilapidated system because to take lesson from the mistakes is the strength of a wise person and to repeat the same mistake is the love of fools.
The Inspection Cadre seems to have relevance because the officers at the directorate level hardly have the time to visit the schools and have an idea of the academic on goings and goings on in the schools. So because the Education Department is that vast and varied. Whatever scanty visits are made is the outcome of the complaints made to the department. Teacher, politician, bureaucrats – everyone seems to be worried about the education and wants to improve, but this only remains a wishful thinking and things do not go beyond the inked paper orders and should and would be advices. Through the whole session, no pains is taken to see if the academics are going the ideal way in the school. To wake up after a long slumber of whole year and then look for the 100% results is not only unjust but also logically out of place. To brandish the sword of transfer and increment loss are no solution, these are, in fact, short-cut formula that will lead to bigger problems. By transferring the teacher, you only transfer the problem. The 100% result bar will only move the state on to make it another Bihar. To rob Peter to pay the debt of Harry is no wisdom at all.
To improve present system of education is not an easy call, yet the formation of inspection showcases the genuine concern of the state government. Whether it will be able to realize the objectives for which it has been formed cannot be ascertained because the RMSA and SSA were also started with great zeal and zest, but what came out is known to all and sundry. The new Inspection Cadre Cell will consist of those people who are on the verge of promotion and many of them will have a withering zeal. Amidst such circumstances, it cannot be predicted as to how long, how well and whereto the same old stewards will lead this new train. Whether they would be able to re-rail the badly derailed system is open for speculations and we can hope only.
Biometric attendance and Inspection cadre – the two steps of the express that the officers and the government believes that the teachers are not sincere to discharge their duties in the school. But can the whole teaching community be groups only this column? Certainly not for we still have teachers who have made the education department proud. If at all, the people at helm of affairs have this fixed stance regarding teachers, it is worthwhile to see whether the newly formed cell will ever pinpoint and track these shirkers and truants. If it fails, its accountability and responsibility be also fixed as, after all, the cell that has 94 people it should serve some purpose. And dear inspectors and enquiry officers, make the enquiry reports carefully because the teachers are not that weak and birdbrains as you might have estimated them to be. The cell may get choked up with the files of enquiry reports and court cases.
No doubt, the Inspection cell is a cog in the wheel, but just a cog because the education system needs much more to be done. The policy of all passes up to 8th standard has been a big headache for teachers and the educationists. Though many states has openly criticised the no detention policy time and again, but the MHRD ministers have not been doing anything significant regarding this. They have come, criticised this policy, but have done nothing except throwing the juicy words to the people. How long will the teachers have to work like babus and when will they get rid of paperwork? Will they ever get rid of the census, elections and many other nonteaching activities and will they ever be able to divert their whole attention to     teaching? What about the posts that lying vacant for long period in schools?
Though the education is clogged with many drawbacks and problems, yet the Inspection Cadre is a positive step. However, the stewards of the system need to be careful because it is difficult to digest the first peg of wine. Remember the words of some wise person: “it is better to prepare and prevent than repair and repent."
प्रस्तुतकर्ता JAGDISH BALI on : बुधवार, अगस्त 24, 2016 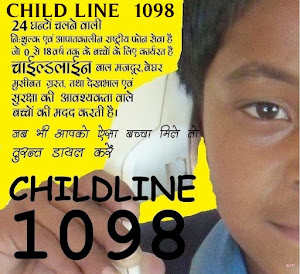